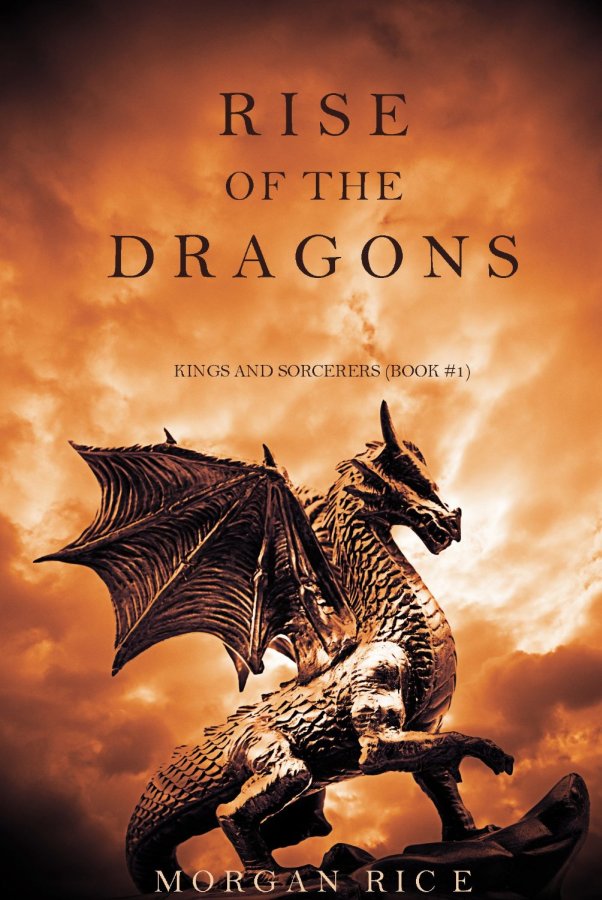 Ever since I read The Lord of the Rings series a long while ago, I became a super fan of fantasy novels: if you give me elves, orcs, humans, dwarves and dragons, I am happy. If you give me amazing settings, great stories and even better writing, I will spend hours and hours enjoying the adventures and dreaming of what would happen if it was all real.

Now, with the recent success of LoTR and the Game of Thrones series, fantasy books are extremely popular and you have to do a lot of digging (and spend a ton of money) to find the true gems. I did that for you and below I have listed 15 new fantasy books to read in 2015. These are not necessarily published in 2015, but I do try to keep them as fresh as possible. And I am sure you will enjoy them all. And just a note: they’re not all filled with elves and orcs and dragons…

So in no particular order, here is Ranking Squad’s epic list of the 15 best new Fantasy books to read this year:

Bloody war rages across the Forgotten Realms world in the third book of the Companions Codex, the latest series in R.A. Salvatore’s New York Times best-selling saga of dark elf Drizzt Do’Urden. In the evolving world of the Forgotten Realms setting, the Sundering has given way to months of cloud-cloaked darkness, and war rages under that oppressive sky. The orcs have broken a hard-fought treaty that’s held, however tentatively, for a hundred years, and the time to settle old scores has devolved into an all-out brawl for control of the ancient realms of the North.

I never thought that I would enjoy reading a novel based on a video game until I met the talented Andrzej Sapkowski and I encourage you to give it a try as well: you’ll be pleasantly surprised. In this book, Geralt the Witcher is on a mission: to save his ward, Ciri, and with her, the world… Again, a surprisingly good read!

Half a King – Joe Abercrombie

Prince Yarvi has vowed to regain a throne he never wanted. But first he must survive cruelty, chains and the bitter waters of the Shattered Sea itself. And he must do it all with only one good hand. Born a weakling in the eyes of his father, Yarvi is alone in a world where a strong arm and a cold heart rule. He cannot grip a shield or swing an axe, so he must sharpen his mind to a deadly edge. Gathering a strange fellowship of the outcast and the lost, he finds they can do more to help him become the man he needs to be than any court of nobles could. But even with loyal friends at his side, Yarvi’s path may end as it began – in twists, and traps and tragedy…

George R.R. Martin said about this book that it’s a “fast-paced tale of betrayal and revenge that grabbed me from page one and refused to let go.” If it’s George R.R. Martin approved, then you might just like it too!

The youngest, half-goblin son of the Emperor has lived his entire life in exile, distant from the Imperial Court and the deadly intrigue that suffuses it. But when his father and three sons in line for the throne are killed in an “accident,” he has no choice but to take his place as the only surviving rightful heir. Entirely unschooled in the art of court politics, he has no friends, no advisors, and the sure knowledge that whoever assassinated his father and brothers could make an attempt on his life at any moment.

An amazing debut and one of the best fantasy series in the making, in my opinion!

Vaelin Al Sorna is the Sixth Order’s newest recruit. Under their brutal training regime, he learns how to forge a blade, survive the wilds and kill a man quickly and quietly – all in the name of protecting the Realm and the Faith. Now his skills will be put to the test. War is coming. Vaelin must draw upon the very essence of his strength and cunning if he is to survive the coming conflict. Yet as the world teeters on the edge of chaos, Vaelin will learn that the truth can cut deeper than any sword.

This book was UK’s bestselling epic fantasy debut of 2013 and overall a compelling story you won’t be able to put down!

Six years ago, the Assassin in White, a hireling of the inscrutable Parshendi, assassinated the Alethi king on the very night a treaty between men and Parshendi was being celebrated. So began the Vengeance Pact among the highprinces of Alethkar and the War of Reckoning against the Parshendi. Now the Assassin is active again, murdering rulers all over the world of Roshar, using his baffling powers to thwart every bodyguard and elude all pursuers. Among his prime targets is Highprince Dalinar, widely considered the power behind the Alethi throne. His leading role in the war would seem reason enough, but the Assassin’s master has much deeper motives.

Even though I am not really the biggest fan of Sanderson’s epic fantasies, I have to agree that this is well written and overall an amazing series.

When Crown Prince Valamon is impossibly taken from the heart of Algaris Castle, the only clue as to motive or culprit is the use of unknown sorcery.

Reclusive cleric Seris is happily tending to his book-infested temple until he finds himself drafted -for political reasons- to the rescue mission. His sole companion on the journey is Elhan, a cheerfully disturbed vagrant girl with terrifying combat skills and her own enigmatic reasons for seeking the prince. Chasing rumours of rebel camps and rising warlords, dangerous curses and the return of the vanished sorcerers, Seris and Elhan soon discover a web of treachery and long-buried secrets that go far beyond a kidnapped prince.

The Grace of Kings – Ken Liu

Wily, charming Kuni Garu, a bandit, and stern, fearless Mata Zyndu, the son of a deposed duke, seem like polar opposites. Yet, in the uprising against the emperor, the two quickly become the best of friends after a series of adventures fighting against vast conscripted armies, silk-draped airships, and shapeshifting gods. Once the emperor has been overthrown, however, they each find themselves the leader of separate factions—two sides with very different ideas about how the world should be run and the meaning of justice. Fans of intrigue, intimate plots, and action will find a new series to embrace in the Dandelion Dynasty.

The secrets of the universe unfold as five brothers accidentally arrive on the mysterious and beautiful world of Orona. Their determination to return home leads them on an epic adventure across a war torn world populated with extraordinary beings fighting for survival. Success is dependent on their ability to adapt and master the oron; the life-force of all creation.

It’s 1215 in northwest England—the eve of the signing of the Magna Carta—and mystical Irish queen Maeve and her unlikely band of warriors must protect the region from a chilling fate. Word of a threat reaches the Northern barons: King John has plotted to import an African sorcerer and his sinister clan of blacksmiths, whose unearthly powers may spell destruction for the entire kingdom. Along with her lover, Jack, her gifted niece, Nemain, and Nemain’s newlywed husband, Hob (whose hidden talents will soon be revealed), Maeve must overcome a supernatural threat unlike any she’s seen before.

They say that years ago, Requiem was real. That men and women could grow wings, breathe fire, and fly as noble dragons. That marble halls rose in a birch forest. That Requiem was a kingdom of magic and light. But those days are long gone.

Now the Cured Temple, a fanatical cult, rules a land called the Commonwealth. Now paladins patrol the realm, “curing” all newborn babes of “reptilian magic.” Now the marble halls are fallen, the old books burnt, the ancient songs lost. Now Requiem is all but forgotten.

But there are some who remember. A baker’s boy. A librarian safeguarding a forbidden book. A haunted soldier. An outcast warrior. They carry the magic inside them, a torch of dragonfire. They remember Requiem . . . and they will fight to see dragons fly again.

Lydia Hastings is a knowledge sorcerer, capable of extracting information from anything she touches. When she travels to Orlyn to validate the claims of the local faith, she discovers a conspiracy that could lead to a war between the world’s three greatest powers. At the focal point is a prisoner who bears a striking resemblance to the long-missing leader of the pantheon she worships. Rescuing the prisoner would require risking her carefully cultivated cover – but his execution could mean the end of everything Lydia holds dear.

Rise of the Dragons – Morgan Rice

Kyra, 15, dreams of becoming a famed warrior, like her father, even though she is the only girl in a fort of boys. As she struggles to understand her special skills, her mysterious inner power, she realizes she is different than the others. But a secret is being kept from her about her birth and the prophecy surrounding her, leaving her to wonder who she really is.

When Kyra comes of age and the local lord comes to take her away, her father wants to wed her off to save her. Kyra, though, refuses, and she journeys out on her own, into a dangerous wood, where she encounters a wounded dragon—and ignites a series of events that will change the kingdom forever.

For fire talent, Jaden Zarie, life is far from a fairy tale. Blisters from any contact with water, check. Sleeping in a shed behind your greedy Uncle’s house, check. Ex-boyfriend scouting the bar where you work for one-night stands every night, double check.

When Jaden sets off to secure a new life with her two sisters, winning a contest with a huge pile of gold on the line seems like a quick fix. Getting hitched to Draven Winterbourne, King of the Dragon-changers, and finding true love was beyond anything she could have hoped for. But a friend turned enemy threatens to take it all away. When Jaden is thrust into an alternate universe and separated from her new husband and her sisters, she must summon up the courage to start over, alone, knowing she may never see any of them again.

Within the Thiaran Empire, citizens put on jeweled masks and turn away from those who are taken. As long as one child is sacrificed each month to the Slinks and nobody interferes, their society will thrive.

But seventeen-year-old Grei’s mind is alive with treason, and he plunges into the heart of a prophecy that will drive the Slinks back to their fiery dimension. All he must do is travel to the capitol city and sacrifice one last innocent. ​As Grei wrestles with the prophecy and battles those who would kill him, he hurtles toward his final decision: save the empire, or save his own soul.

I really hope that I managed to bring you some novels and fantasy series that you haven’t read, but will. I am sure you will find your next few favorites on our list!