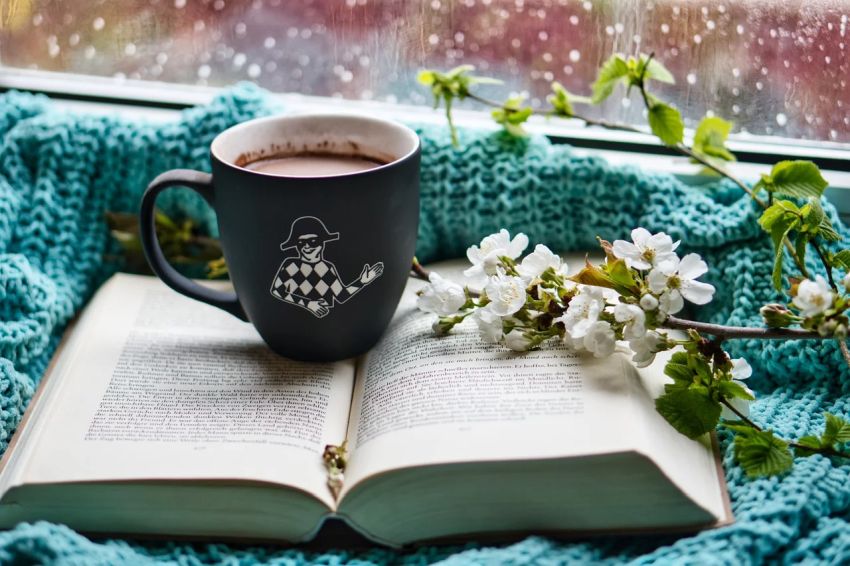 I started developing a strange interest in deadly disease, virus outbreak and apocalyptic events in the wake of the current state of the world. Fortunately, there are a lot of great novels and book series that on the subject and today we’ll talk about the best of the best.

In other words, I will have for you below the best deadly disease books that you can read right now – books dealing with virus outbreaks and pandemics which are, in some cases, surprisingly similar to our current situation.

I personally found these books about deadly diseases to have a therapeutic effect, helping me better cope with the situation, while also understanding it better. This is great literature that we’re talking about below and I am sure you will enjoy every book on the list.

So without further ado, let’s check out our list of the best deadly disease / virus outbreak books to read right now!

I read this book well before the current world situation started and I found it trully brilliant, to be honest.

Spread over a few decades, it begins with a mysterious deadly outbreak that ends the world as we know it, then describes how Earth changes – as well as the survivors – who try to rebuild and carry on their lives.

Written with passion and extremely complex, this is a masterpiece that everybody should read – it’s all about hope, about rebuilding the society after its collapse and many more other things. Brilliant!

Check it out on Amazon right now

If you’re looking for a lighthearted, satirical look of the entire deadly disease thing, then Severance is the book you must read.

Following the adventures of “millennial drone” Candace Chen and a band of misfit survivors of a deadly plague, the book offers a hilarious look over the genre, a perfect satire of an entire generation, but at the same time enough depth to keep our brain-wheels spinning.

This is the perfect read if you want something lighter and on a less serious tone than all other books on this list.

Check it out on Amazon right now

I am still reading the book at the moment of writing this article, but even though I am only around half-way in, I can tell that this one’s a real gem.

Talking about a situation that many of us will now be able to relate to – a deadly flu that gets out of control – The Stand tells the story of a bunch of survivors, from the moments before the virus outbreak takes place to well after that.

Even though a bit slow at times – at least in my opinion – it is a great read that mixes a fictional world that might still become reality in a worst-case scenario with King’s trademark elements, creting an eerie experience for the reader – and a book that you will surely love.

As a deadly plague strikes America, epidemiologist Marissa Blumenthal uncovers the plot behind its spread, en event that marks the beginning of a fast-paced raced for her own life.

I Am Legend – Richard Matheson

Most of us have probably seen the Hollywood adaptation starring Will Smith already, but this doesn’t mean that the book should be ignored – on the contrary!

Telling the story of “the last man on earth” Robert Neville, the novel follows his adventures in the ravaged world where all humans have been turned into night creatures with a desire for blood – our main character’s blood!

A driver waiting at the traffic lights goes blind. An ophthalmologist tries to diagnose his distinctive white blindness, but is affected before he can read the textbooks. It becomes a contagion, spreading throughout the city.

Trying to stem the epidemic, the authorities herd the afflicted into a mental asylum where the wards are terrorized by blind thugs. And when fire destroys the asylum, the inmates burst forth and the last links with a supposedly civilized society are snapped. No food, no water, no government, no obligation, no order.

We could probably include hundreds of zombie books on our list, but I will stick to one of the most popular – or at least the one that really brought the zombie genre to the mainstream (followed by a Hollywood adaptation starring Brad Pitt).

The Zombie War came unthinkably close to eradicating humanity. Max Brooks, driven by the urgency of preserving the acid-etched first-hand experiences of the survivors, traveled across the United States of America and throughout the world to record the testimony of men, women, and sometimes children who experienced this terror.

After Everyone Died – Sean Little

A deadly flu-like ilness culled the primate population of the planet, striking hard and fast to wipe out humanity. The main character, Twist is left alive to face the apocalypse alone (or kind of, since his neighbor’s dog, Rowdy, tags along for the ride).

Twist and Rowdy are forced to face the new post-apocalypse world together, holing up in the local library and scavenging supplies to outlast a long, cold Wisconsin winter. Twist has to adapt to the emptiness and isolation of an empty world and come to terms with the fact that he might be the only person left alive in the entire world.

After a probe satellite falls down to earth in a desolate region in northeastern Arizona, dead bodies start appearing in the nearby town of Piedmont.

A team of microbiologists is quickly created, tasked with the important job of finding a way to stop this alien virus from whiping out the world.

An interesting take on the genre, this novel constantly moves between the time after a deadly flu outbreak puts an end to civilization as we know it and events that happen 20 years later.

This is the story of The Traveling Symphony a group of survivors who have dedicated themselves to keeping the remnants of art and humanity alive. But when they arrive in St. Deborah by the Water, they encounter a violent prophet who will threaten the tiny band’s existence.

In the wake of a highly contagious virus, California is under quarantine. Sequestered in high rise towers, the living can’t go out, but the dead can come in—and they come in all forms, from sad rolling cans to manufactured bodies that can pass for human.

Wealthy participants in the “companionship” program choose to upload their consciousness before dying, so they can stay in the custody of their families.

The less fortunate are rented out to strangers upon their death, but all companions become the intellectual property of Metis Corporation, creating a new class of people—a command-driven product-class without legal rights or true free will.

Although written in 2017, this books seems to be written yesterday. It tells the story of a deadly outbreak that starts spreading fast, while the CDC and WHO race against time to stop it.

It may be the start of a scientific experiment that could alter the human race forever–and reveal a shocking truth about our future. Experience the groundbreaking novel that will change everything you think you know about pandemics–and how to survive one.

This is actually a two-book series, followed by Genome which is also a must read!

These would be our recommended titles and, as we already said in the intro, we’re sure you will absolutely love each and every one of them.

The offer of books dealing with this subject is surprisingly high on Amazon – especially when it comes to independent and/or self-published authors – even though the quality is not as high as that of the novels recommended above. But if the list above is not enough, you have plenty of B-grade books to choose from which can prove just as rewarding.

We also tried to stay away from deadly diseases related to zombies, but if you want to dive deeper into that genre, the offer’s huge as well, as you can see in our recommended zombie books here and here.