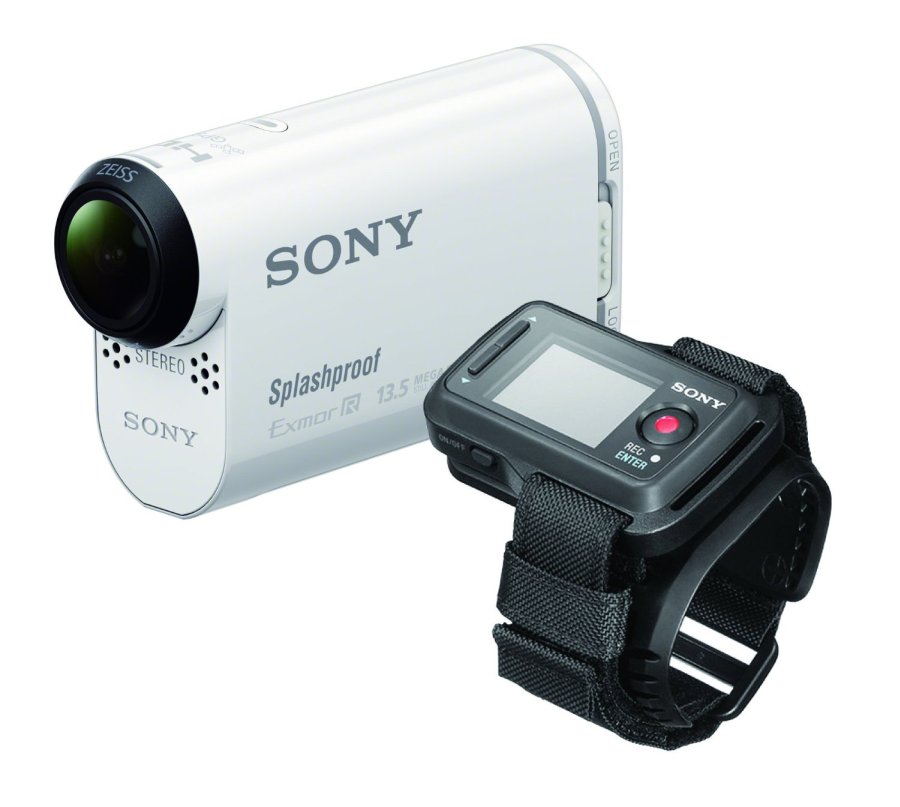 Wearable technology is slowly making its debut in our lives and pretty soon these gadgets will be as common as smartphones today. One type of wearable tech that I absolutely love is the wearable camera niche since it gives us the option to record everything that we get to see. Also, if you love to ride your bike or motorcycle, wearable cameras become extremely useful too.

Contour proves that you don’t have to pay a small fortune to get a great wearable camera – one that’s small, easy to wear and with a lot of functions. It can record 60fps in 720p resolution (or 30fps at 1080p), it’s natively waterproof (meaning that you don’t need an extra case) and it’s delightfully minimalist. Also, it’s fully charged battery allows for 3.5 hours of filming, all these features summing up a really brilliant camera for a more than decent price.

This camera has a rating on 4.2 stars out of 5 on Amazon and the reviewers praise it for the fact that it’s extremely easy to use and has a great look, without cutting down on features. However, some people complain that it doesn’t perform to well during the night and that the microphone isn’t the greatest: so for bikers going over 30mph, this could be a problem.

However, the Contour ROAM2 wearable camera is still an extremely solid product which sells at an incredible price (an $80 discount too if you follow the link below – price as of November 2014):

Click here to check out the Contour ROAM2 camera

Probably the GoPro brand is the most famous when it comes to wearable cameras and for all the right reasons. Add to that the fact that it’s the best selling action video camera on Amazon and you already know that you’re talking about a great product.

It can record 1080p at 60fps and give you 12MP photos at a staggering 30 frames per second, it is waterproof all the way down to 40 meters (131 feet) and a ton of extra features, like auto low like fine tuning, a time lapse photo setting that can bring some truly spectacular results, a great microphone and three FOV settings – Ultra-Wide, Medium and Narrow that allow multiple perspectives. And much, much more, really, making it a perfect choice for a wearable camera.

In terms of reviews, most of them are positive, with people considering it a great improvement over the previous GoPro Hero model (GoPro Hero3), with no complaints regarding the video quality and all the features. Some people complain that the battery life isn’t the best and I personally am not a huge fan of its design – it seems a bit too bulky and… large, but they clearly needed some space to put all these nice features in. All in all, though, GoPro HERO4 is on this list for a reason: it’s a really solid wearable camera that stands out from the crowd!

Click here to check out the GoPro HERO4 wearable camera

The full name of this wearable camera is actually Sony HDR-AS100VR POV Action Video Camera with Live View Remote, and it pretty much tells a lot about one nice surprise it has for its owners: the LiveView Remote, an extra gadget that allows you to control and customize your camera. And if that’s not enough for you, it can also be controlled with a smartphone so really, you only have to mount it and never worry about another thing!

In terms of great features, it has a whole deal of them, like the SteadyShot technology which allows you to record smooth video indefinitely of the conditions thanks to its proprietary image stabilization tech. It’s also waterproof (only to 3 meters/15 feet) and works great in low light conditions. Also, it has a pretty solid microphone and the built-in GPS allows you to track and analyze your speed and performance. In other words, a real gem!

In terms of ratings, Sony’s HDR-AS100VR camera comes with an impressive 4.3 stars out of 5 and most users praise it for the great price/quality report, stating that indeed the image quality is great under all shooting conditions and the sound is smooth and fine. The fact that it allows you to record 1080p at 60fps is also a huge bonus and the image stabilizer works perfectly. Really, one of the best choices you can make when it comes to a wearable action video camera!