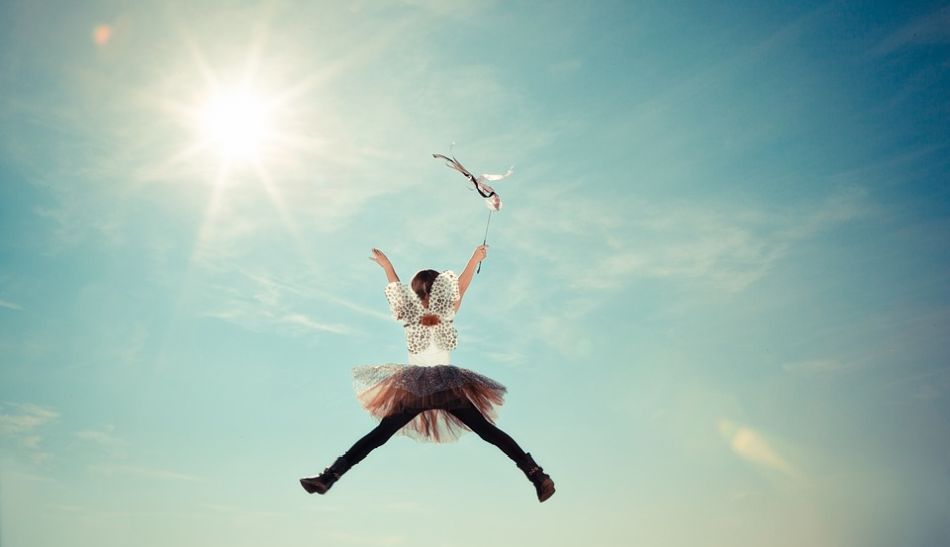 I always wanted to make a fairy well by myself, to customize it as I see fit and really give it my best, but I always considered that you need too much skill and time to do it. Eventually, I decided to just give it a try and see how it goes. It’s much easier that I had anticipated and I’m here to share with you how to make your own DIY fairy well for your fairy-themed setups.

I am a complete beginner when it comes to crafting stuff, so my things won’t look as impressive as others that you can see online – but if you’re a beginner too, then you know that this is how things are when you just start. Plus, I do believe that my fairy well ended up quite nice, from this humble beginning:

When it comes to making your own fairy well at home, there are various designs that you can choose, but I got the one with pebbles for the extra challenge (and also the ton of extra charm).

In reality, I would say that my fairy well looks even better than in the photos – which were taken with my old phone in poor light. It’s really worth making one, trust me!

Here are the materials that you need to make your own Fairy well with a design similar to the one you can see in the picture above:

– Pebbles – probably a handful of pebbles of various sizes will be more than enough. Make sure you have smaller ones as well as you’ll always end up with gaps that need to be filled.

– Construction Plaster – I bought the smallest bag I could find and it was still huge for this project. But if you know you’ll be using it on other projects, have in mind that the larger the bag, the lower the price (although it’s very cheap anyway).

Just make sure that you get a powder that only requires water for the mixture and prepare the goop in small batches as it gets dry really fast.

– Paper cylinder – from your toilet paper roll, or from paper towels if you want to make a bigger well.

– One ice cream stick – I cut it in two equal parts
– 2 matches – cut the burner out
– A piece of thick paper, or just a folded regular paper.
– A piece of copper wire or a thin, long stick – you’ll need this to hang the bucket on.
– A small chain – for the bucket
– Water glue – it will dry slowly
– Fast dry glue
– A multipurpose varnish to make it waterproof (optional, but highly recommended)
– A piece of cardboard – big enough to cut pieces of tiles for the roof.
– And paint – to paint the roof top. I used acrylics.

Alternately, for the fairy well’s roof, you can use pine cone scales which look really nice and don’t really require painting. However, I find pine cone scales too stiff and difficult to work with, while the cardboard superglued as a roof gives you more options and is easier to set up.

How to make your own Fairy Well: All steps

Step 1 – making the base

I took the toilet paper cylinder and spread some plaster on, just on 1-2 inches and just on about half of the roll.

Don’t cut the roll yet as it will help you hold onto something while rotating to put pebbles all around it.

Then put the pebbles on the surface you applied your plaster, starting with the upper row, the one in the middle of the roll, so you can form the straightest line you can manage, and then continue with the last row.

Assemble the “jigsaw” puzzle out of pebbles, and when needed fill gaps with smaller ones. Some might drop in the process, just apply the paste on the pebble and shove it in its spot again.

After you finished the base, let it dry for as long as you can, ideally over night. Now you can cut the extra paper roll part to have the most important part of your well looking like… well… a fairy well!

Cut the ice-cream stick in 2 using a thin saw. Use the fast drying glue to glue the sticks to the base of the well on the inside, where the paper roll is.

After it dries, add the two matches on each stick at the end: this is the place where you’ll build the roof of the well. They have to form the letter T or a cross if the ice cream stick is too long.

Take the copper wire and shape it as an L – the shorter part will be the handle for our water bucket.

Now, for the water bucket, I had bought one in a local crafting store and it was perfect for this project. But before that I thought that I could make one from a walnut shell for extra charm – so if you don’t have a tin bucket like mine, you know how to solve the problem.

Next, I made 2 small pieces of wire, in the shape of a J letter, and glued one on each ice-cream stick, so I would be able to put the lever, with the bucket, on them. So yes, you actually get a fairy well that WORKS!

Make a V shaped roof out of paper and make sure it is a bit bigger than the well. Also make sure that it settles well on the matches, but without being too long, so you can still see the well below from any side you look at it.

Then, I made holes in the paper with a screw where the matches would fall in and put them thru with a bit of glue.

Cut tiles from the cardboard and take a water based glue which works with paper, then glue them individually to the rooftop.

Just spread a tiny line of glue, from top to bottom and start putting the tiles over, from the bottom to the top.

When you’re done placing the shingles, cut another long piece to finish the roof with, and glue it on top of the last row of tiles, bent it in half, on the long part, before you attach it.

You can start paper machete-ing the roof a bit. Use water based glue and pieces of a paper napkin, or toilet paper.

If the toilet paper has more layers, try and get just one. I used white toilet paper. The cardboard is made of layers too, so the margins will show some holes, the hollow in the cardboard pieces, so I tried to cover them and the top long pieces.

It would’ve been too difficult to get the paper and glue around every tile, but the hollows aren’t a problem there.

After you finish it, give a generous layer of glue on the entire roof, and let it dry. After it dries, start painting it.

It’s better not to use water-based paint at all, just plain paint. You can use just brown, or get some fine yellow stripes in there after you put the darker brown. Tiny smudges of green work too.

You can always play with the natural colors you would find in a garden, or stick to one color, it will be fine.

I personally painted the ice-cream sticks too, and the matches, all green.

Then varnish it, after the paint dries too, to make it waterproof. Maybe wait a few hours and give another layer of varnish, just to make sure that everything’s covered nicely.

AND you’re done! It is a project that is time consuming, but the end result is really nice and you can still do this even if you’re a beginner like myself.

The instructions also make the whole thing sound a bit more difficult than it actually is, but trust me that it’s not really the end of the world, nor one of the most difficult things that I have crafted.

And if you want more inspiration for your fairy garden, we have more crafts for you, like a fairy bike, a fairy house well or a beautiful fairy house door.