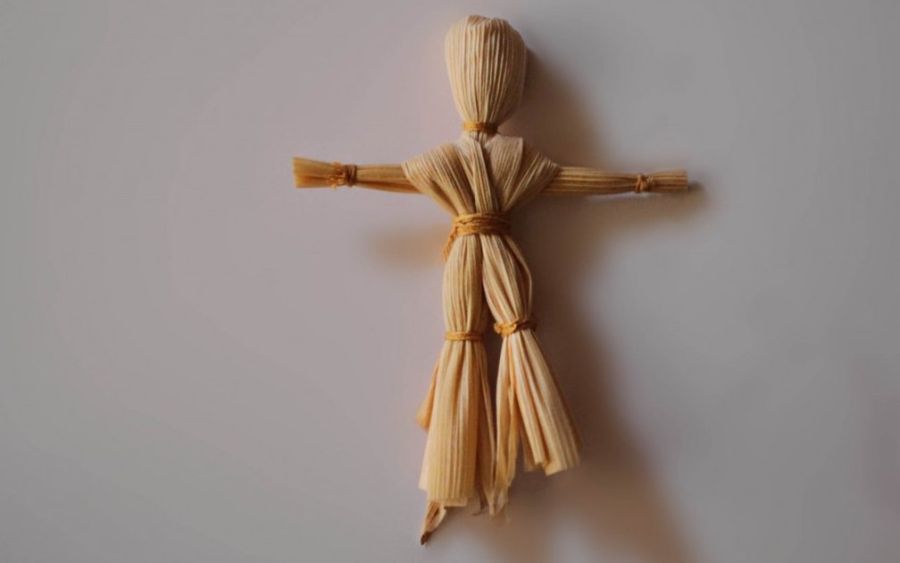 A corn husk doll is a traditional doll made by Native American children and also children of Colonial families in early America. No facial features are painted on the doll, this being the reason why it’s also called the “faceless” doll.

The Native American legend says that the Creator made the first corn husk doll to help watch children while the parents were busy gathering food and doing other adult activities. The doll had a beautiful face and the power to walk and talk. One day after a rain, the doll saw her reflection in the water. She was so beautiful that she spent all the day gazing at her reflection in that pool of water instead of caring for the children and the Creator punished her by taking away her face and her ability to walk and talk.

Legends aside, I am here to share with you everything you need to know about making a Corn Husk Doll at home. To make your corn husk doll you will need cleaned and dried corn husks. You can save your own the next time you buy corn from the farm stand and dry them in the sun or you can purchase them at craft stores.

Here is what you need to make your own husk doll at home:

Here is how to make your husk doll:

1. Soak the dried cornhusks in warm water until they are bendable and soft.

2. Take six husks and arrange them with all the tips at one end and all the large ends at the other. Tie a string around them a about an inch from the top of the large ends.

3. Trim the large ends with scissors to make them straight and even.

5. Tie another length of string at the “neck”.

6. For the arms, take a pipe cleaner and roll another of your husks around it to make the arms. Tie the ends with string at the “wrists”. This will make the arms poseable. An alternative method is to take three strips of husk and braid them to make the arms.

7. Slide the arms between the husks under the neck knot.

8. Tie another string below the arms for the waist.

9. Take two thinner husks and tie criss-crossed across the chest and back and tie at the waist to form shoulders.

10. If this is a boy doll, divide the husks hanging down from the waist into two and tie with small strips of husk at the ankles, knees and hips to form legs. You can use pipe cleaner here too, to make the legs poseable.

If this is a girl doll, take some more husks and tie them at the waist to form a full skirt.

11. Tie small strips of husk around the neck and waist to cover the strings.

This is it! You have now crafted your own corn husk doll and I am sure you will love it!