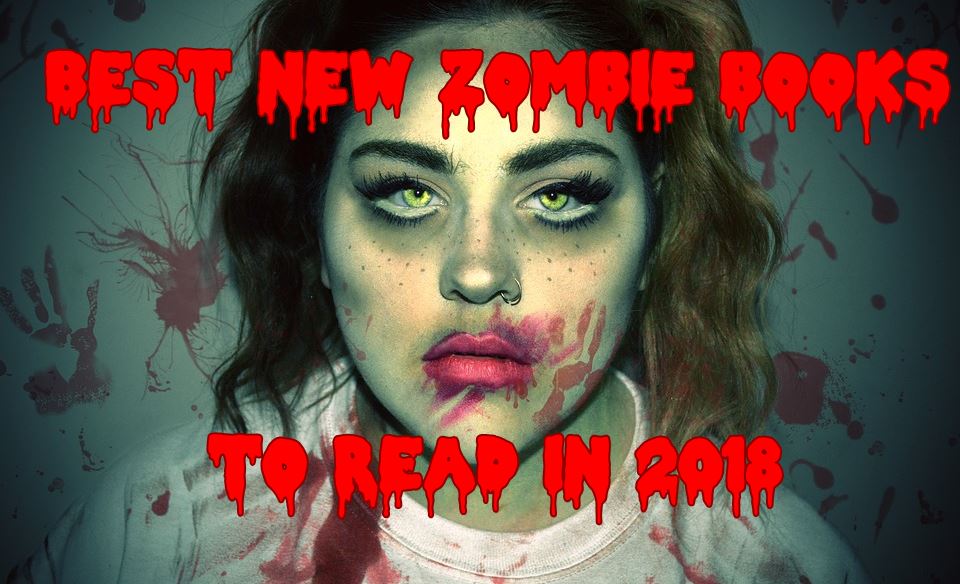 I’m keeping up with tradition and today I’m sharing a list of the best new zombie books to read in 2018. Since I am a huge zombie literature fan, I’ve been doing this since 2015, sharing amazing new zombie books that you have to read – stuff you might otherwise miss, since not all authors are established and well known.

But today you’ll be able to get your hands on 10 great zombie books that have been launched this year and are, in my opinion, must reads. Have in mind that I am only recommending brand new zombie books and not those that are part of an existing series. I personally prefer standalone zombie books (that goes for any type of novel) and I am focusing on those, but we have a few amazing new series recommended as well.

So let’s not waste any time! The best new zombie books to read in 2018 are waiting below. Make sure you check them all out below and read them all. You’ll love them!

Instinct and love have combined to turn Darwin’s theory on its head. The strongest didn’t survive in this world. They were the first to die, leaving behind a generation of orphans.

No one thought that people would be able to turn into such horrible, violent creatures, even just in the metaphorical sense, let alone physically.

Matthew was a retired soldier who quit the army after seeing his friends die. It’s hard for him to trust anyone, but in this crisis full of zombies, he will need to trust the group he’s stuck with to survive.

A great read and the beginning of a very promising new series from well known post-apocalyptic fiction writer Max Lockwood.

Sleep Over: An Oral History of the Apocalypse – H. G. Bells

Remember what it’s like to go an entire night without sleep? What if sleep didn’t come the following night? Or the night after? What might happen if you, your friends, your family, your coworkers, and the strangers you pass on the street, all slowly began to realize that rest might not ever come again?

How slowly might the world fall apart? How long would it take for a society without sleep to descend into chaos?

Although this is not really a book about zombies – at least not in the traditional, living dead always hungry for fresh brains kind of way – it is extremely interesting and we can consider the characters zombies. Zombies that can’t rest. A great read, thought provoking and insanely scary. But ignore it if you’re only looking for books featuring real zombies.

Set at the outbreak of the wildfire rise of undead zombies, injured and discharged Marine sniper Sgt. John Walken finds himself trapped on a barricaded island community with no clear way to get home. John is forced to take on one last mission. Using his military training, he must protect the island residents from hordes of invading zombies, aggressive human threats from the mainland, and unexplained deaths within the community.

Great read, perfect for fans of The Walking Dead and traditional zombie literature and even though the second in the series goes a bit downhill, it’s still worth reading!

An anthology of 7 really good zombie stories, with a few of them really deserving full novel treatment. Great reads, even though some people might be put away a bit by the relatively high price of this anthology.

When the black rain began to fall, it was a worldwide phenomenon that mystified everyone. Unfortunately, there was little time to ponder the cause.

Most animals died at the onset. Others in the reptilian category merely changed. While some humans were unaffected, others experienced a half-death of sorts, morphing into blood and flesh-crazed creatures with a desire only to hunt the living and consume them.

A completely new take on the zombie genre, crazy and ambitious, this is definitely not something that fans of classic literature will easily digest, but for fans of zombie literature, this is pure gold! Definitely an author to keep an eye on!

The World We Killed – Sam Bowdon

We’ve seen this done over and over again, but for some reason we (or at least I) can’t get enough and it’s always entertaining to find new books following the classic zombie apocalypse story.

The apocalypse has engulfed America, and one man is fighting to stay alive. Survivors of the new world have no rules, everything is fair game. The only thing more dangerous than the zombie hoards are the people who live without consequence. But our main character has to survive no matter what!

Never Say Die: Stories of The Zombie Apocalypse is a collection of five short stories of survival and the bonds that don’t break, even when the end of the world comes crashing down around them. But when the dead begin living and the living start to die, who will remain connected and who will be torn apart?

The second anthology that I recommend this year, a true gem for short fiction fans.

Ortega, California, a bolstering mountain town in the hills of Southern California, on the verge of making a name for itself, becomes the location for a disastrous event, and one of pure horror. When grief stricken, maddened Dr. Lance Cunningham finally finishes a formula 37 years in the making, he joins forces with Pharmaceutical tycoon John Callahan, in hopes to rid the world of one of its most deadly diseases.

But, as you can imagine, things don’t go according to plan.

Winter’s Plague is the found memoir of a cowardly survivor in a cruel world. With no government or operating military, Winter tells of how she wandered the country with her dog, hoping to be reunited with her sister one day. The dreams are what helped her get through the long days and even longer nights when the rotters rule the streets.

A good read with more or less expected plot twists, lots of great characters and, of course, the “rotters,” because some people still find it difficult to call zombies… zombies.

In case these zombie books are still not enough for you, I’ve been making similar recommendations since 2015. So if you want more lists of amazing zombie literature released in the past few years, you can check out my previous articles listed below:

This would be it for now. Let me know which books on the list you enjoyed reading the most and, of course, if you have additional recommendations to make, leave a comment below.