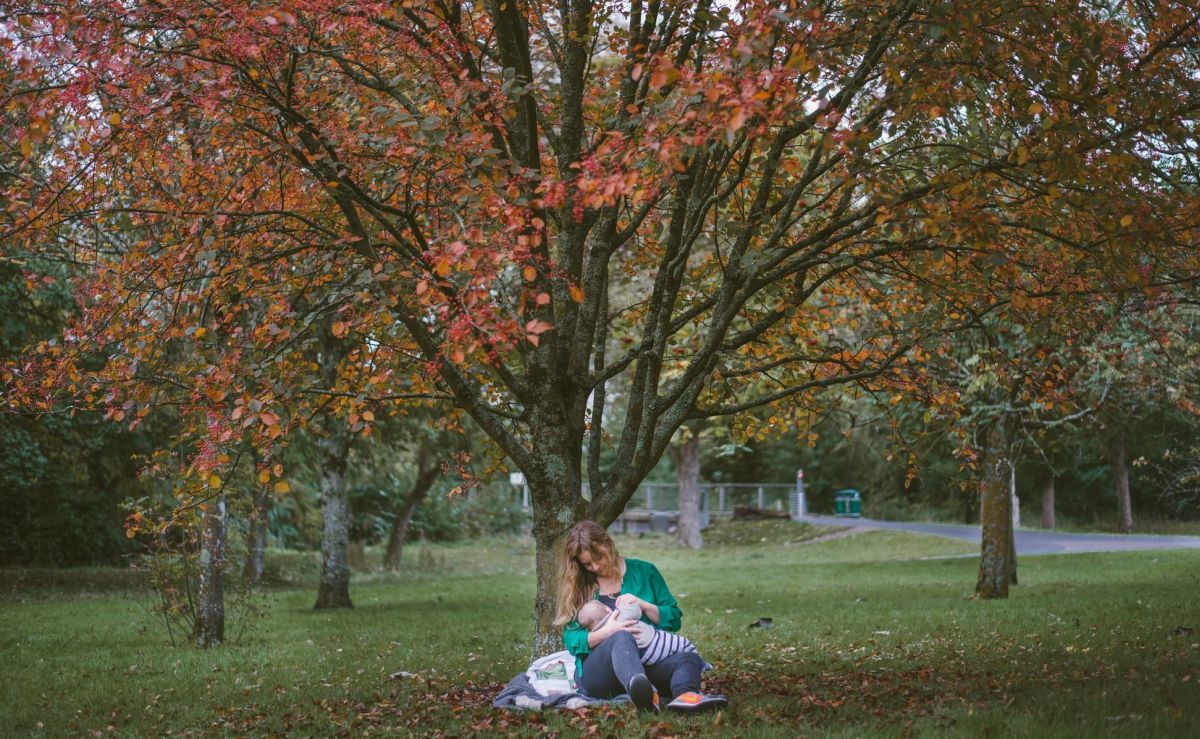 So… is breastfeeding in public wrong?

This will be exclusively a personal opinion. An article that I write based on my personal experience as a mother who got the stares, but also the support when breastfeeding her son.

Because, as strange as it might sound, we live in a society that is so obsessed with appearances, so obsessed with speed and “getting back to normal” that we actually end up ignoring and forgetting what “normal” really means.

I was upset when my doctor told me, when my son was 6 months old, that it’s time to stop breastfeeding him. So that I could return to my old life and let him grow.

But that’s not really the case. I had no problem with that. It was our bonding time. It was extremely soothing for him. It was what he needed – not just the milk that my body was producing to meet all his demands, but also in terms of calming him down and offering that skin-to-skin experience.

And all the people who say that this is not normal should look back just a few decades into the past (and all the way to the birth of man kind). Breastfeeding your baby IS normality. This is how nature created us to act. This is how we were made and I believe that this is what our children need.

NOTE: I don’t want to say that those who choose not to breastfeed their babies are wrong. All I want to say is that we all have a choice now and the “natural” way is definitely normal. There is nothing wrong in choosing to breastfeed your baby – but you are free to do otherwise if you feel that’s the better way.

Why should we breastfeed in public?

Because, although a perfectly natural and normal thing to do, breastfeeding in public is not practiced often enough to be considered a common thing, like dining out or eating a hot dog on the go. The more public we get with this, the more will the world begin to accept it.

I believe that I am not the only person who doesn’t serve lunch in a public restroom, or with a huge scarf over my head, so that the world won’t see me chew.

I usually enjoy somebody’s company while I do this, and the room is nice and clean and perfectly ventilated.

Breastfeeding in a public restroom is not hygienic, it is stressful, uncomfortable and actually proves a lack of respect for the little baby or their mother. It’s almost like being forced to feel ashamed for doing something as natural and normal as feeding your baby!

Breastfeeding while the baby is hidden under a scarf is not only illogical, but also dangerous during the early months of a baby’s life.

Basically, if you see something that you don’t like – don’t look anymore! Is it really easier for us to ignore a homeless guy on the street rather than stop looking at a mother feeding her baby?

A bus driver once received a complaint from an angry passenger that there’s a mother breastfeeding her baby in the bus.

The driver answered: “Rather than having a baby that’s crying and screaming and annoying everyone in the bus, I’d better have a well fed baby!”

Then he politely asked the passenger to either leave the bus at the next stop or sit down. That’s a good approach!

Back to breastfeeding in public…

Now I don’t want to go deep into the details why would a mother even dare to leave the house with a baby that might sometimes need to be breastfeed hourly, because I don’t really want to come up with excuses for a mother breastfeeding her baby.

I am just trying to prove to you that the problem are actually those who consider this act unnatural and wrong. It’s about the survival of our species, in the end! We can put it like that if we want to!

The people who are considering this wrong are actually the problem, not us, the mothers who choose to breastfeed in public.

We shouldn’t keep our breasts away from a hungry baby, just like we shouldn’t lock the kids inside because there are dangerous people outside or they could get bitten by an angry dog.

The more we manage to breastfeed in public and get people used with this image, the healthier our kids will be and the better their overall health will be.

Succeeding with breastfeeding is greatly influenced by being able to feed the baby when they require it and working mommies are at a disadvantage here because they can’t find a proper place to breastfeed or if they choose to do it in public, they get the evil eye from passers by.

This is how you start switching to the less healthier bottle, and this is why we should first change the mother’s approach before trying to change the opinion of the public: all breastfeeding mothers out there should find the strength to start breastfeeding in public and show everybody that this is why breasts exist (sorry, guys!). They are here for feeding and they are here to stay just for that!

If passers by are offended by this, there’s an easy solution: STOP LOOKING! You don’t see anything, in reality – just a cute baby’s head covering the breast area.

Wearing a swimsuit usually exposes more skin than breastfeeding does.

Not to mention that some clothing choices ladies make these days really don’t seem created for covering things up, if you know what I mean…

So, with these in mind, we really have to consider that us mothers have one huge duty to our babies: to make sure that all their needs are met.

We shouldn’t lock ourselves inside or just replace the natural milk with a cocktail of chemicals prepared in the lab. Instead, we must make sure that we are there for our baby whenever they needs us and, most importantly, wherever that happens.

Breastfeed in public, don’t be afraid or ashamed. It is the normal thing to do!